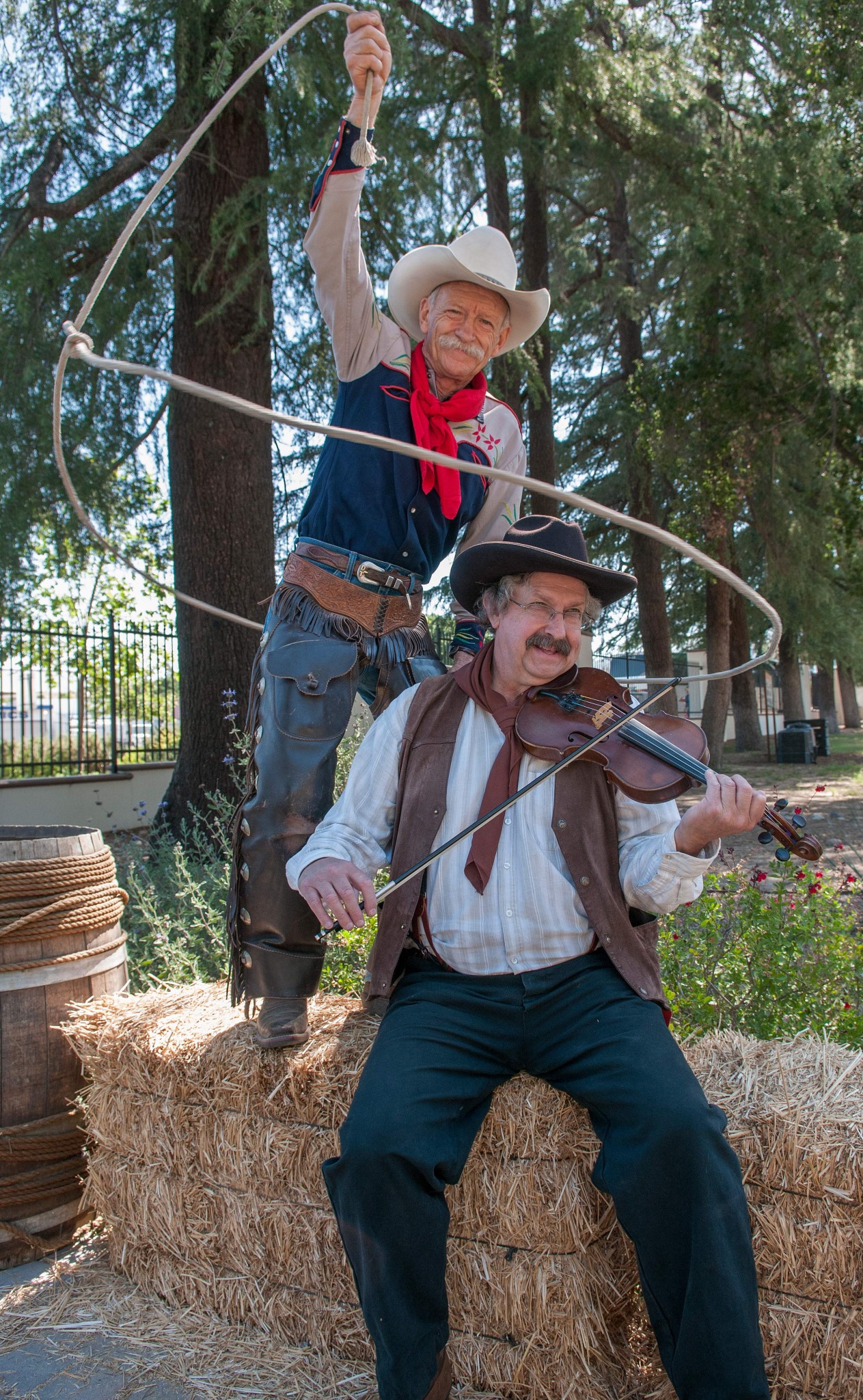 Getting to the Festival

Santa Clarita is located about 30 minute north of Los Angeles.

William S. Hart Park serves as the venue for the event and a Cowboy Festival Shuttle provides transportation to and from a parking area at 13th Street and Railroad Avenue.

Directions to the shuttle site, as well as information on how to ride Metrolink to the festival, are provided on the festival website.

For those who arrive early, the annual Walk of Western Stars unveiling of new inductees and induction ceremony take place on Thursday, April 11th. The unveiling is free to attend, but tickets ($60) are required for the induction ceremony at Hart Hall. The 2019 Walk of Western Stars inductees are James Drury, star of The Virginian, Robert Fuller, western character actor known for his roles in Laramie and Wagon Train, and Dan White, known for his role as the antagonist in numerous B-Westerns. The induction ceremony includes dinner followed by a montage of clips featuring the inductees and a short Q&A session.

List of hotels near the Santa Clarita Cowboy Festival.