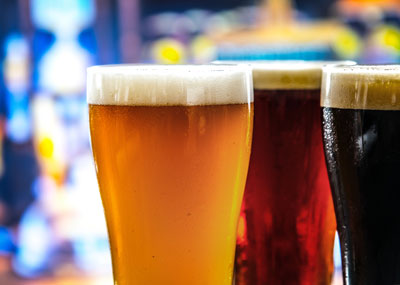 This Portland beer fest is one of the longest-running in the U.S. and attracts tens of thousands of attendees annually. Craft beer is the focus here. The 2018 event featured 80 beers from 80 different breweries.

Unlike some festivals that charge a flat amount for entry and sampling, the Oregon Brewers Festival operates on a mug and tokens system. Everyone who wishes to consume alcohol must purchase a souvenir plastic mug, then drink purchases are made with wooden tokens, which are $1 each.

In addition to the beer sampling, there is live music, food, beer-related vendors, beer memorabilia displays, and home brewing demonstrations.

See our list of hotels near the Oregon Brewers Festival at Tom McCall Waterfront Park.